I will never forget the first military ball I went to with the man who would become my husband. I was dazzled, enchanted, and nervous all in one. I was completely mesmerized by all the wonderful traditions and felt immensely privileged to be part of it. There were many speeches I remember; and I’d always sit uncomfortably during most of them as the room erupted in laughter over a joke that was full of acronyms and code words that completely eluded me. Still I’d smile and try not to stick out too much.

Aside from all the many acronyms and military terminology that were lost on me, there was something that wasn’t. At the beginning of the guest speaker’s speech at every ball I attended henceforth, the guest began by thanking the families, spouses, and significant others of military personnel.

How nice I thought. To me at the time it seemed like a courtesy and a tasteful way to make us feel included. Though what I have come to learn is that it is so much more than that. These guest speakers weren’t mentioning family members for politeness sake or to check off some checklist in speechmaking 101. They were thanking significant others for their sacrifices because they too played an important role in the machine that drives the military forward.

I didn’t then know what the word sacrifice meant, and I must admit, for the longest time I had a very romanticized version of it in my head. Several years later and the word sacrifice has taken on a completely different meaning. It makes me emotional to think back on how little I knew about what I would give up as an individual. Time away from friends and family was a given. It was the obvious sacrifice because you know that you’ll move incessantly every few years. But no one really tells you about all the other sacrifices. Your individuality and sense of self, just to name a couple. Stability. Career. And so much more.

Then you begin to rationalize with yourself. You think about all the privileges and benefits you have in your life because of your affiliation with the military. You think about how much nicer it is that you have a spouse who works for a noble cause; you feel pride coursing through you, then guilt for allowing an undercurrent of dissatisfaction to dwell within you. You don’t understand it. “Why?” comes up a lot. “Why am I not happy? I have everything. I have a home, a family/spouse/life partner. I have healthcare and security and respect from peers and family. Why is this not enough?”

I asked myself these questions a lot, but it wasn’t until I saw others ask similar ones that I began to realize this wasn’t just my individual experience.

This incessant undercurrent of dissatisfaction runs deep within all military people. It’s real, and there’s no rhyme or reason for it at first glance.

Each duty station we’d arrive at, there was an endless pattern of complaining. Join any military forum or duty station Facebook page and you see it. Little things. Insignificant things. I noticed it particularly when we were in Germany. There we were in the heart of Europe; so much to do and so much to be grateful for. Yet all I saw was despondency. A despondency I shared. We knew people who had asked to be transferred from Italy because they were not happy there. Italy!

I’d sit behind the computer and catch myself judging others. “Oh for goodness sake, why can’t people just stop complaining.” Or “there’s just no pleasing some people.” Then you catch yourself complaining. Enter the vicious cycle of guilt and dissatisfaction.

I’ve spent the last two years thinking about this and I have finally begun to understand why.

Yep, it really is quite simple. There truly is no place like home, wherever that may be. That doesn’t necessarily have anything to do with the physical surroundings of ‘home,’ but it does have everything to do with the feeling of being rooted somewhere. The common ground and social anchors you share with your community. Feeling understood and having a natural organic repertoire with others.

See, one of the prices we pay for adventure and traveling off into the unknown is feeling uprooted. With that comes so much stuff we have to consolidate. Stuff that goes unnoticed and unacknowledged.

How many of us have dreaded the dreary potlucks we get dragged along to? They’re not really that awful in truth when you think about it. They are more often than not, a little boring but not awful by any means; yet no one really wants to go to those things because it’s work. It is hard work constantly having to find common ground with others. Constantly having to make small talk just to get through the event. It can be excruciating. In small doses, this is a part of life. We all have to do it at some point or another. If you’re in the military, however, it is something you have to do for years. Each time you move, having to ditch the shallow roots you may have established, turn away from friends and acquaintances you have made, and find yourself in a position where you must make new ones for survival’s sake. It’s all fun and games at the beginning, but eventually you grow tired of it, and you lack a sense of enrichment and nourishment from those around you. It’s not their fault, nor is it yours. But just based on probability alone, you aren’t always likely to meet likeminded people. And the pressure to make it work with them is taxing.

Because of this, the seed of dissatisfaction is planted early on, and I believe it carries over to other areas of your life. Feeling uprooted emotionally carries with it many consequences. We become tired and deflated. But understanding the root of my dissatisfaction was only half the battle. There is no real way out of it, in fact, but I am reminded of a piece of advice my mother had to offer when I presented her with my dilemma.

Then it dawned on me.

I believe instinctually we try to ditch whatever we leave behind, so we can focus our efforts on understanding our new duty stations and making it work with a new set of strangers. We shift and mold ourselves to our circumstances to fit in, so we are liked and accepted. In the process of doing so, we begin to lose little pieces of who we are. This makes it impossible to feel grounded. Losing your sense of self is a very precarious position to be in, and it can leave you vulnerable to many things including mental health instability. We may not always know a way around the obstacles that are presented to us each time we move, but one thing we do have within our control is the will to stay true to ourselves. To have the courage to be different and not always feel the need to mold to a new situation. It is easier said than done, but a great deal depends on it.

There is a high price to pay for being constantly uprooted, and we must never underestimate its influence. It is important to never expect too much from any place we may end up in because no duty station will be ever be good enough. After all, it isn’t home. It cannot replace family, friends, and all the things we love.

So, in closing, as my mother told me, never forget who you are and where you came from. Remember, no matter where the mission takes you, you’ll always have a home and roots somewhere to go back to if and when you choose. 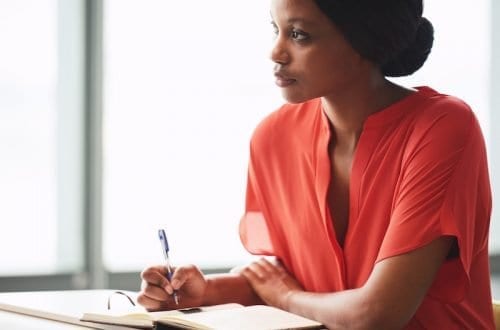 Losing (and Finding) Your Sense of Identity 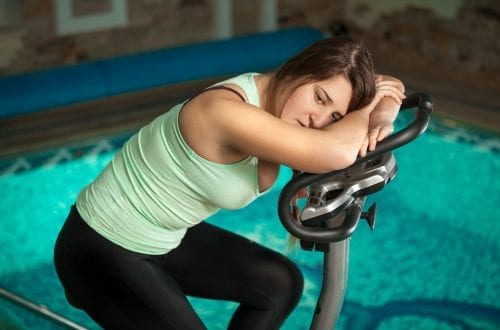 Honest Reflection: It. Was. Me.